skip to main | skip to sidebar

Chapter 19: Let's Just Get Along

…one of my all-time favorite SIDzCarbonatedMilk songs. For me, this one has it all. It's a sound-test composition, combining Electronica, World Beat, Jazz piano and trumpet solos, my first recording with adult Sarah Jjira H., of my favorite glossolalia lyric interpretations, and plenty o’ sound f/x.
I've made mentioned of my gear-lust being chemically-controlled by plug-ins. Well when I got my grubby little figurative hands on all the freebies out there in the cyber-alleys, I would stuff my hard-drives with them.
The patch that was this song’s song-seed was a simple sawtooth patch—fifth-latch lagged with glissando. It was the right sound at the right creative spurt. As I often do when I program a patch or (as in this case) find an interesting one, I will mount the specimen as a rendered sequence. I later came across this patch and was inspired to sing a melody line to it. It remained in that embryonic state for a few years―until I gained the creative energy to finish the lyric.

When I was a little boy, it was our family’s Sunday routine to drive over fifty miles to attend church, and after services were over (at which point I'd most sincerely thank God) we'd head back home—stopping halfway to visit my maternal grandmother in Indianola.  Truly, this is when I learned what it was to be mind-numbingly bored.

I was the last-chance child of parents pushing forty.  My youngest cousin was an adult.  So after going over the river and through the snow, my only playmate was an old upright piano.  The combination of bored handsy child and unsupervised access to grinning yellowed ivory yielded dissonant clusters and anti-melodies that eventually prodded mater and pater to have me take piano lessons.  …to at least lessen the blows' impact.

What I remember about those piano lessons is that—especially in the warm late spring, summer, and early autumn—it felt like I was in prison.  Every time I would hear through my practice room window gleeful screams of laughter or hear the dull refracted thump of a basketball, the keys would become all the more resistant to my touch.  Soon after, it was more about lasting through the remaining hour-long minutes left to do on my stretch.

After serving a three-year term, I pled my case before the parole board (a.k.a. my father).  Recidivism being what it is, by my sophomore year in college, I found myself back inside—this time serving a life sentence. …we are talking music, right?

This song is one I composed while watching a DVD of A&E's "Napoleon" miniseries.  I had entertained releasing an entire album of piano sketches like "…Liaisons".  On SIDzCarbonatedMilk I: "Please Don't Harmonica", I felt it needed something soft and relaxing to serve as a cerebral fingerbowl—after all the booming and occasional frenetic weirdness.  I concluded the 17 song project with an acoustic piano piece titled "Last Stop Su's"—based on a more than amorous short story I wrote about my wife being the last stop on my delivery route.  [Note:  I later realized that the actual "Last Stop Su's" was a different song all together, but I liked the title at that position on the playlist, so I switched titles.]

This one serves as dramatic relief, or maybe a Funk-napkin of sorts.  Uhh…you got a little something…there.  There.  You got it…much better.

Here's one that Jack and I wrote together in record time. It was one of those inventions mothered by an opportune necessity to place a song on an album of promised prominence that was already in production. [Hint: it involved Jack's niece and a son of a Detroit Motown™ Temptation in L.A.]   It is the fourth and final entry in the “Well Ain’t She Suite” series.
This was 1998. I had moved operations from Avery Street [in (Detroit Tiger Hall-of-Famer) Ty Cobb's old neighborhood] to Clinton Township—a Met-DET suburb near its northeastern extremes. Ask anyone who was around in the Avery studio [S. A. S. Productions] and they'll tell you we left a lot of good memories…fortunately, we still have most of the music in one format or another. [Note: Look for the release in the medium-near future of some of the best of this on a release titled "The Avery Tapes".]


I wrote "I'm Faithful" in 1990, with no idea of where I might place it.  It is the third entry in this 4-part series.  All my connections were R&B or Jazz.  And this post-New Wave club piece was going to take loads of dough, dropping wax, and greasing palms to do something independently of the majors.  I had watched one of my collaborators (Herschell Masten; White Limousine) dole out big funds doing such.  At the time, buying food and keeping a roof over my family's heads was my other choice of investment.  Aside from the monetary logistics, this was best launched as a Pop thing.  I didn't know anyone with the voice capable of conveying the feel without sounding wannabe.

…is the second entry in the “Well Ain’t She Suite”.  It is yet another one of those test-songs of which I so often have made mention.  I’ve a tech-stuff addiction.  I salivate gazing at all the naked knobs on display in Vintage King® advert-inserts in my voluminous trade periodicals. …techno-porn for the gear-lustful.  I’ve managed to control it with plug-ins-patches; it’s music gear methadone.  I’ve had to ramp up my dosages with DSP accelerators like UAD-1, UAD-2, the Scope-Platform (now my Plugiator), T. C. Electronic’s Powercore, and Korg Oasys PCI.  While auditioning a modeled electric rigged guitar on the latter, I came up with this very convincing application of a riff.  The words and melody immediately followed.  However, I could never seem to build upon it enough to compose a radio playable length. It was shelved for several years.

Building The Mμne-Pi Parables song list, I had added “I’m Faithful” as an follow up answer to the musical question posed in “Lies”.  Then I remembered “What’s It Gonna Take”; the lyrics work in, added to and fortified the story arc.  And soul of wit that its brevity is, it serves well as an interlude because of its short length.

What’s it gonna take to make you change your mind?

…all the things I’ve been telling you,

You think is just a line

But these times will be behind you soon

What’s it gonna take to make the truth divine?

Is it all about the signs?

You want to look no further than your eyes 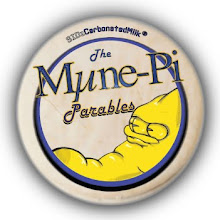 Mission: "Mµne-Pi"
The morality-resistance [Mµ] stands in faith and foundation against favored flavor forces of deception, to serve the befallen so as not to befall the loss of our faith--stewards of intellectual property verified in fact and its delivery, in fact. We serve the truth as we serve the truth.

SIDney Howard
I'm a writer of novels, short stories, poetry, and a graphic novel. I am also a composer and lyricist. I'm currently the producer of SIDzCarbonatedMilk.